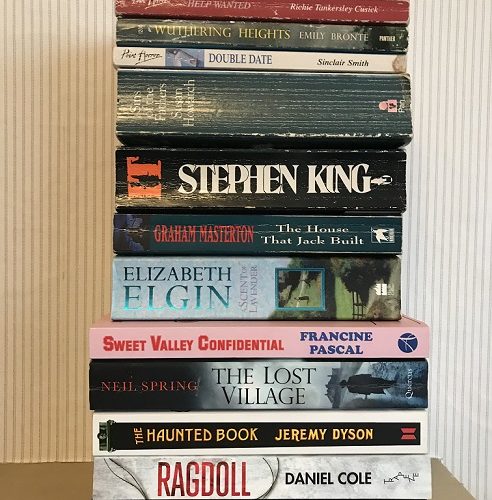 Subtitled – How I Justify Adding More Books to the Ever Growing Pile.

If you read my March Haul post, you will see I had an accidental trip to the charity shops and one or two or seven books fell into my bag.  Would you believe the same thing has happened again? 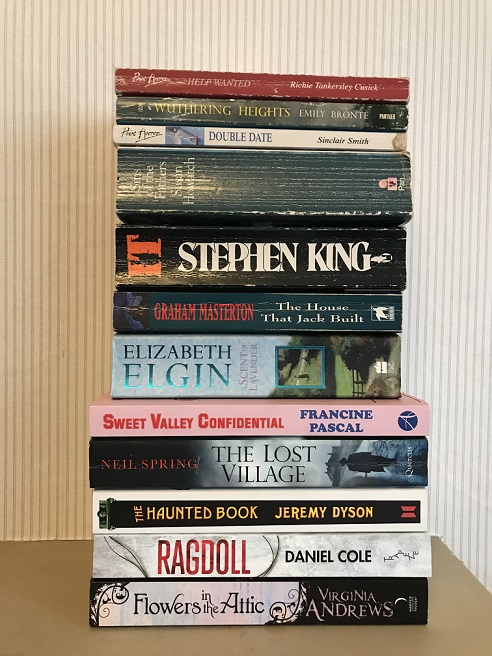 So I’ve very carefully worked out a system whereby I can justify each and every book on the pile.

Flowers in the Attic, The Lost Village, The House that Jack Built and IT were all on my list.  Therefore they were planned; totally acceptable.

Help Wanted and Double Date? Well they’re Point Horrors and I collect those (more on that in a later post!); totally acceptable.

Wuthering Heights? Yup, collect those too – and it’s such a small version; totally acceptable.

So in reality that only leaves five books unaccounted for, which is positively restrained on my part!   I did also this morning donate upwards of 50 books to charity (see The Cull) so I’m happy that I haven’t gone overboard, although my To Read Pile does appear to the contrary…

Anyone else have tried and tested methods of justifying a spree?  Of course the fact that the books were so cheap and by buying each one you’re helping charity does soften the blow yet further!

Let’s face it, it is almost the end of March.  This almost certainly won’t happen again this month.  Maybe.