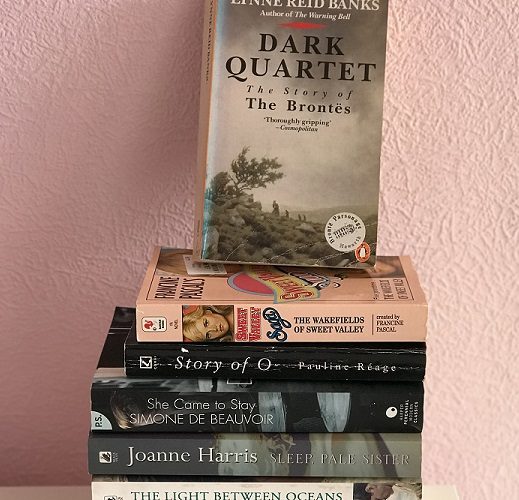 What do they say about best laid plans?  The plan was to do a nice little monthly haul post, but as it is only the middle of March and I’ve already hit double figures, this is going to be a “halfway through the month” haul post.

The problem started when I had to pop to Skipton.  Skipton for those that don’t know has a fabulous Main Street with a number of charity shops that are particularly good for books….now you see how this happened. 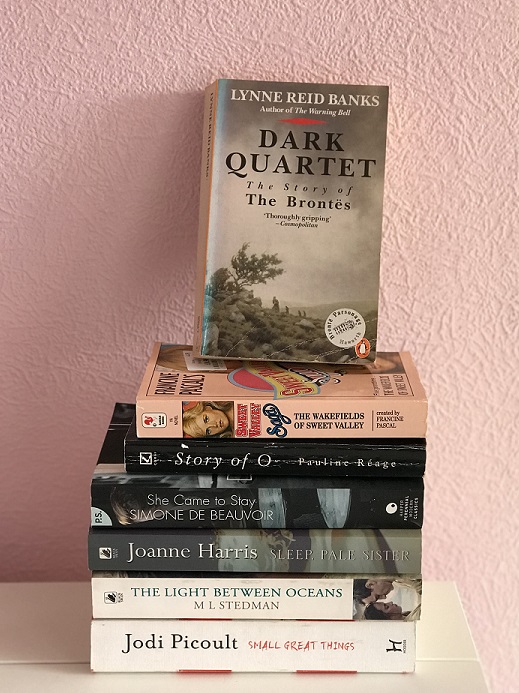 Something that you should know about me is that I don’t particularly have much author loyalty.  Unless it is one of my all time favourites, I judge whether I want to read a book on its own merits, rather than because it is by a certain person.

To that end I have had a love-hate relationship with Jodi Picoult. I enjoyed Nineteen Minutes and Plain Truth very much, but then she is so prolific that I found I got a little bored.  However, I have seen a number of people on social media recommend Small Great Things, so I thought I would give it a whirl! The books were on buy one get one free, so I picked up The Light Between Oceans for much the same reason; seen it recommended, didn’t know much about it; buying just one book really confused the till!

The next find was the Sweet Valley book.  Any female who was anyone in the late 80s/early 90s devoured the Sweet Valley series (more on those later!) and they’re actually really collectible, so a historical edition for 50p was too good to miss!

The remaining four books were an easy find from the International Women’s Day display at Oxfam Books (so apologies to the assistants there as your display is pretty much decimated!)

Dark Quartet – no decision need.  It is about the Brontes so that’s pretty much a given.  I have read The Story of O many years ago, but fancied a re-read (erotica is permissible if it is literary, natch!) and I have read some Simone de Beauvoir but not this particular title.  The final title, Sleep Pale Sister was billed as “deliciously gothic” so yeah, that was in the basket.  If there’s anything that can appeal to me in an instant it is a book being described as gothic. 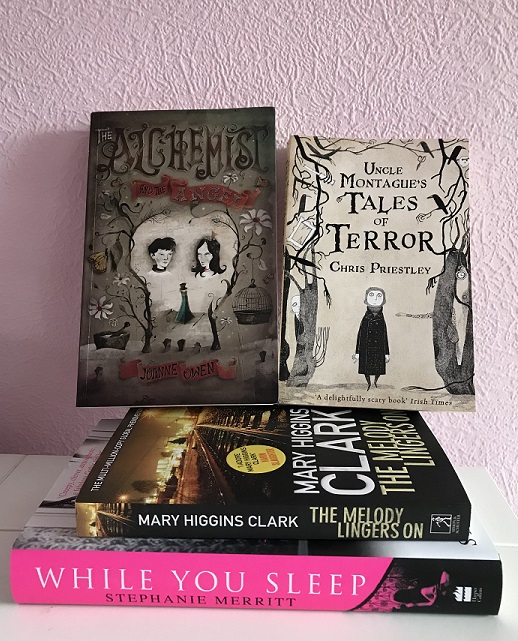 The second haul was an Asda and on-line job.

So yes, shopping in Asda, accidentally cut through the book aisle and that word again “gothic”.  I’m hoping While You Sleep lives up to the billing of being in a great gothic tradition.

As part of a Facebook group, there are regularly book giveaways and the other three were a multiple grab!  I tend to enjoy Mary Higgins Clark books a lot; especially the late 80s/early 90s ones because they’re absolutely dated and wonderful because of it!

And for the other two, I literally judged them by their covers – cute huh?

Keep your eyes out for the reviews of all the books in today’s haul post; although it may not be imminent as I’m trying to be good and putting them to the bottom of the To Read Pile (capitalisation intended; it is big enough to rival one of the wonders of the Modern World.

Judging by the amount I have to read, I absolutely need to read Just One Chapter More!